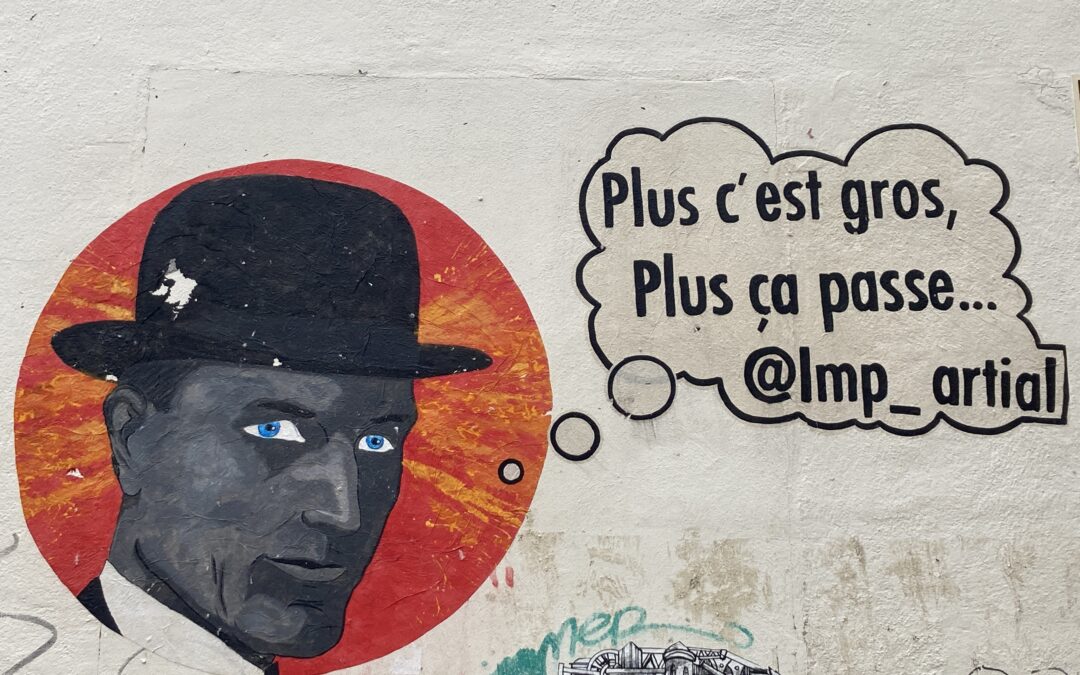 that part of us that wishes the nightmare series would end, believes in a miracle
yes, even among sceptics, cynics and confirmed pessimists
it is precisely when nothing goes right and we are heading straight for the wall that providential help appears

according to our frame of reference, this can take all sorts of different forms

whatever happens, we’re going to be helped and that way we’ll get by
it’s normal, because we are protected and taken care of (sic!)

we wouldn’t have much to take care of ourselves
it’s useless, because our problems will be solved and our needs met

note that this is neither an opinion, nor a point of view, nor a wish, but a belief anchored in us in spite of all evidence, all belief systems included

magic ! consciously we believe it or not, but deep down it’s what’s going to happen

but how can we have such ideas in our heads?

where do they come from?

we’ll get better, everything will be fine! relax …
we slump into our armchair, go for a jog, go to Costa Rica or have a beer with the guys
dumbfounded and relieved

but what order is this?

Is this another experiment and media manipulation?
for example, in the form of

whether mainstream or alternative, nothing and no one escapes it

a programming of desire according to the model of suggestion, reinforcement, promise of gratification which makes sense with repetition and induces predictable behaviour

this is how we are subtly normed, modelled, prepared, it is super efficient
intelligence and willpower can’t help it, the model acts on the unconscious

that part of us that believes in the miracle has already tacitly said yes to the next thing (the next series of nightmares) in order to get the expected gratification (escape from a threat, be able to move on, get on with life … )

everything is already there, the options are activated by default, it is more insidious than we imagine

and even if we see it as big as a house, we are not out of the woods unless we really wake up, get out of it, we will do what we are told
(see everything we have implicitly agreed to for the past two years, regardless of our personal positions)

it is a question of choosing our options and defining our personal preferences, of course
we still need to have a clear awareness of reality access to our consciousness is itself biased, so the risk of distortion or corruption of information/impulses coming from ourselves is not negligible!

the reconnection with ourselves, which alone guarantees freedom and the rightness of choices, goes through the zero point
it is not so easy to touch, but it is there that everything is at stake

mental silence, nothing comes in and nothing goes out, everything is there, simple potential until things are clear

there is no alternative