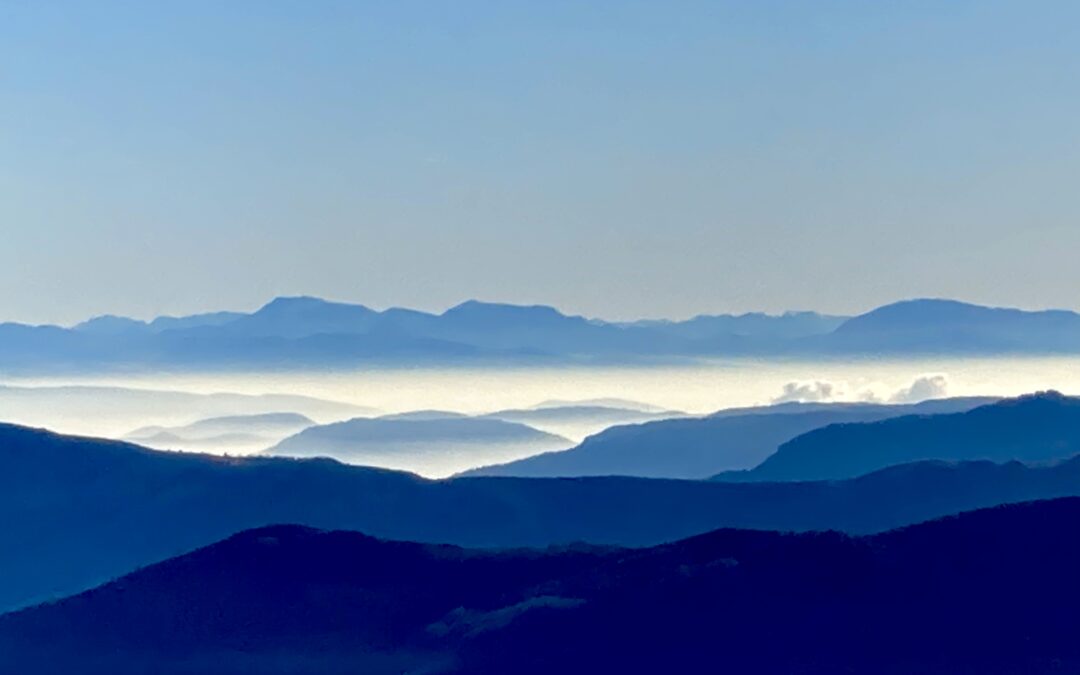 my nomadic life has come to an end.
it ended as it started, all of a sudden it was over, it was obvious

several more or less long cycles are fulfilled
twenty-two years, fifty-one Moons (approximately), six months, that’s the space I needed to  complete an inner transformation and come back to the void that is fullness,
everything is possible

I let go of the reins one day and got on the road and since then I spent several seasons wandering, in a kind of traveling worksite.
I went on a solo peregrination, following the thread of my inner guidance only, moment by moment, it has been an impetuous and confident wandering though, as I have been feeling completely safe and supported every step of the journey
it was a transition, or more precisely the final phase of period of transition
with frequencies adjusting, it was also a change of plane of existence

I spent a lot of the time alone, most of the time in nature, on a few occasions I visited familiar places or met with friends, but I was mostly a passerby, going from a place to another, every two or three days, as I felt inspired

in no way marginal (voluntary simplicity, off the grid,…) on the contrary, I was curious about margins

it is the life of an acrobat, it consists in living on/in one dot somewhere in the universe, which can expand and embrace the entire universe

it is a way of living in the present
in which day to day life is free from project or intention, constraint, planning or foreseeing and has hardly any signal

it is a different life experience, in which I know nothing (place, date and time), I am where I am, and I follow my gut, without interpreting
if nothing happens, I stay where I am, I don’t move, I spread myself out and occupy the whole space until something pops in or surges in me and if I feel moved or called, I will respond when I please

it is not so easy, actually, mental forms and habits etc are way more tyrannic than I expected and in addition desires and fears surreptitiously alter my experience as well
I am busy uprooting the ones and going through the others, kindly, patiently, with immense respect for my fragilities and vulnerabilities

encouragement
when I realised that the house I was moving in went on the market the very day I set out on my trip, on 1 August last year

some great moments of happiness
a joyful one : rivers, upstream and downstream, in the bed or on the banks, at the spring of the river
the most promising : the beauty of beings and things
infinitely sweet : the complete softening and relaxation of the body when a clue arises
powerful : the silence, day and night, everywhere
quite destabilising : a whole night of thunderstorms and torrential rains, although I was sheltered
the most challenging : when I mess around and it doesn’t feel right (within of without, it’s all the same)
decidedly freeing : the loss of boundaries and rhythm
an unparalleled delight : indulging in the enjoyment of the moment

with the impetuous carelessness of a child, I spent all my time de-constructing, with repeated amazements and setbacks, whatever came my way until no fixed form was left and discovering and experimenting with fluid evolving forms instead
(in this respect, flowing water is an eternal source of inspiration for me)

I have been practicing this furtive art for decades

and one day I found myself suddenly/eventually in what was going to be my new home (ahah, there it was !)
then a new space opened and I entered another phase of the process, following an invitation to revisit dense matter and to interact freely with a stable form

whilst being a passerby had given me a relative freedom (and an notable space for possible escaping) to engage and dis-engage with people and places depending on my desire and mood at a time, familiarising myself with a home I didn’t live in yet, but I was visiting, investing in and leaving every day propelled me in an infinitely more tricky intimate wandering, i.e the ineluctable confrontation with the concrete density of material reality (of my choice)

I have been challenged to keep vibrating and resonating whilst I was facing the temptation/habit to do, the propensity to visualise the accomplishment of forms and to anticipate possible steps in implementing them

to tolerate remaining in a wobbling uncertainty until my body commanded to take action, to take a step back or a rest, until the solution became evident            as long as nothing was happening

soon after I had found the spot, I started building my nest, a paradox ?
yes and no ! the dismantling went on in deeper layers which appear less often on the surface

free style and spontaneous forms were replaced by tireless repetitive movements, which were always different anyway
a positive side effect : whilst I was redecorating my new home, specific and relentless DIY activities gradually released the stress of the months spent roaming and the constant awareness and alertness, which tends to remain unnoticed, subsided very slowly

with the tireless repetitions of the same movements, in silence, I went into a deeper cleansing, between erosion and polishing, simplifying and clearing everything until I came back to the stillness and void I might otherwise have neglected to reach after my long journey

and yet, I was also investing in the next expansion phase already, whilst the contraction was only completing with the return to the dot in which all forms vanish in the field of infinite possibilities
end of cycle : the old goes and the new appears (light is shed on what was there already)

in short : transmutation, in the alchemical opus, requires a tremendous day to day commitment in the dense matter of our lives, whatever form it takes

slowing down, exhaustion, clear signes that i was overriding and that the experiment was coming to an end

heartbeat : on winter solstice eve I encountered the heart of my house as I was finishing painting, I bowed in reverence

jubilation : having never slept in the same bed for more than two or three nights, one evening I laid down in my bed, a mattress like an islet of intimacy in the middle of a building site. Series of cascading sighs of relief, my body relaxed in rippling waves all night (this woke me up several times), a never ending cellular delight

quiet joy : on waking a few days later, still in the middle of the building site, I felt deeply connected with my house, which is surrounding, containing and protecting me

the most difficult was the end, i couldn’t stop completely (what was accomplished showed me a remaining attachment to accomplish)

the feeling of the end was two days ago

and here we are tonight !